The Latest Exhibit At The Galactic Panther 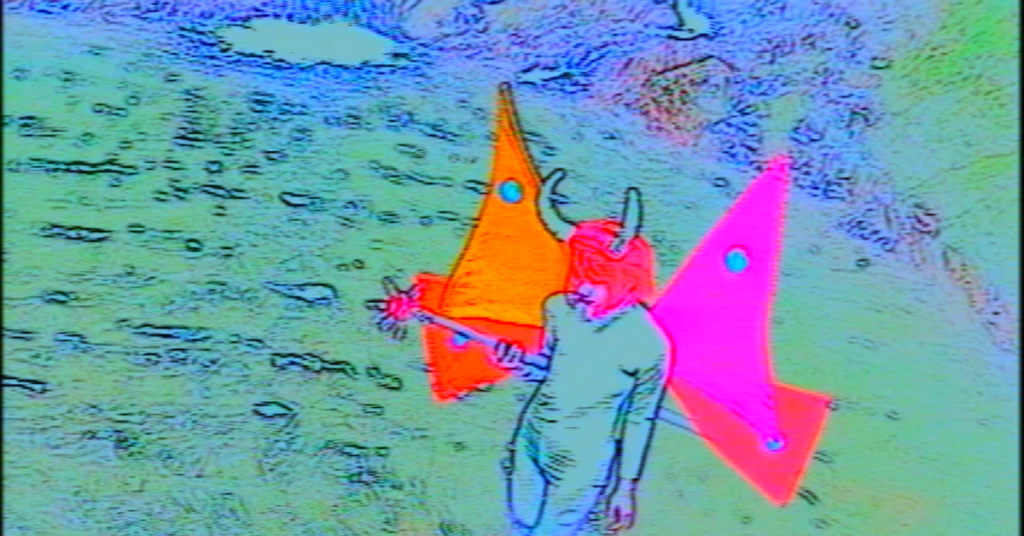 “Our first “NEW HUE” exhibit was such a success, we decided to bring it back with new artists, new palettes, and new media, to welcome in a new season and a new year,” said Galactic Panther curator & co-owner Eli Pollard. “We are featuring 11 phenomenal contemporary artists from near and far..." 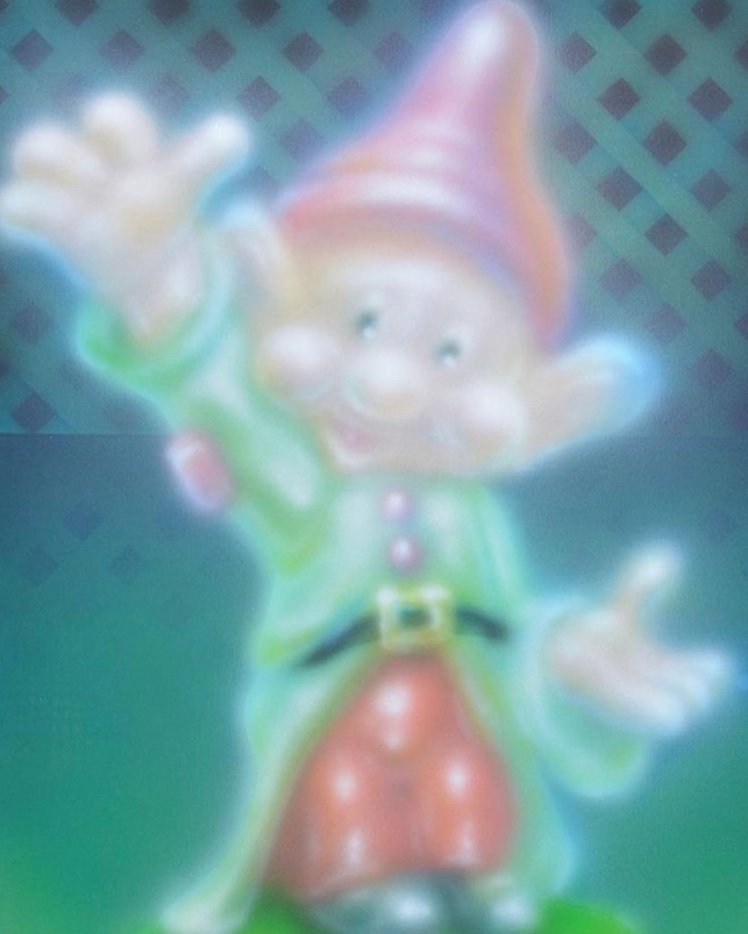 In addition to regional artists such as Cami Mancilla who creates extremely intricate collages inspired in part by Freud, and Shug the Great who’s exhibiting his vivid figurative work painted on bamboo, Galactic Panther will exhibit several national and international artists working in a wide range of media.

Diego Barrera, Colombian-born film and art director, has lived much of his life in Chile and Spain. Barrera is focused on the world of video clips with a clear influence from video art, linking all his creations with feminism, queer theory, as well as alchemy, the mystical technique of androgenization rites, in communion with the symbol of the Alchemical Androgyne.

The artist focuses on creating alliances and highlighting the important participation of women creators in music, such as his video clips for Lena Platonos (pioneer of experimental music in Greece), Phew (pioneer of Japanese punk), Laetitia Sadier (from the legendary band Stereolab), Lebanon Hanover, the late Julee Cruise, Lyra Pramuk, Eris Drew, Caterina Barbieri, as well as his work for film director Jim Jarmusch (as a musician) and the band Xiu Xiu.

Barrera’s work has been presented at New York’s Museum of Modern Art MoMA, has been on the cover of Cahiers du Cinema magazine, supported on several occasions by Pitchfork magazine, and has been exhibited at numerous festivals, galleries, and museums in different parts of the world. Among the countries are Spain, Italy, Argentina, USA, Peru, Colombia, Chile, France, England, Venezuela, Ecuador, Switzerland, Holland, Japan, and Taiwan. Also featured in various publications, magazines, and television channels around the world.

Together with his sister J Triangular, they created the Celestial Festival, the first festival in Latin America dedicated exclusively to queer themes and experimental art, with Genesis P-Orridge as a special guest. The documentary that arose from the experience of the Celestial Festival was acquired by the Museum of Modern Art of Bogotá {MAMBO} to be part of its Collection. 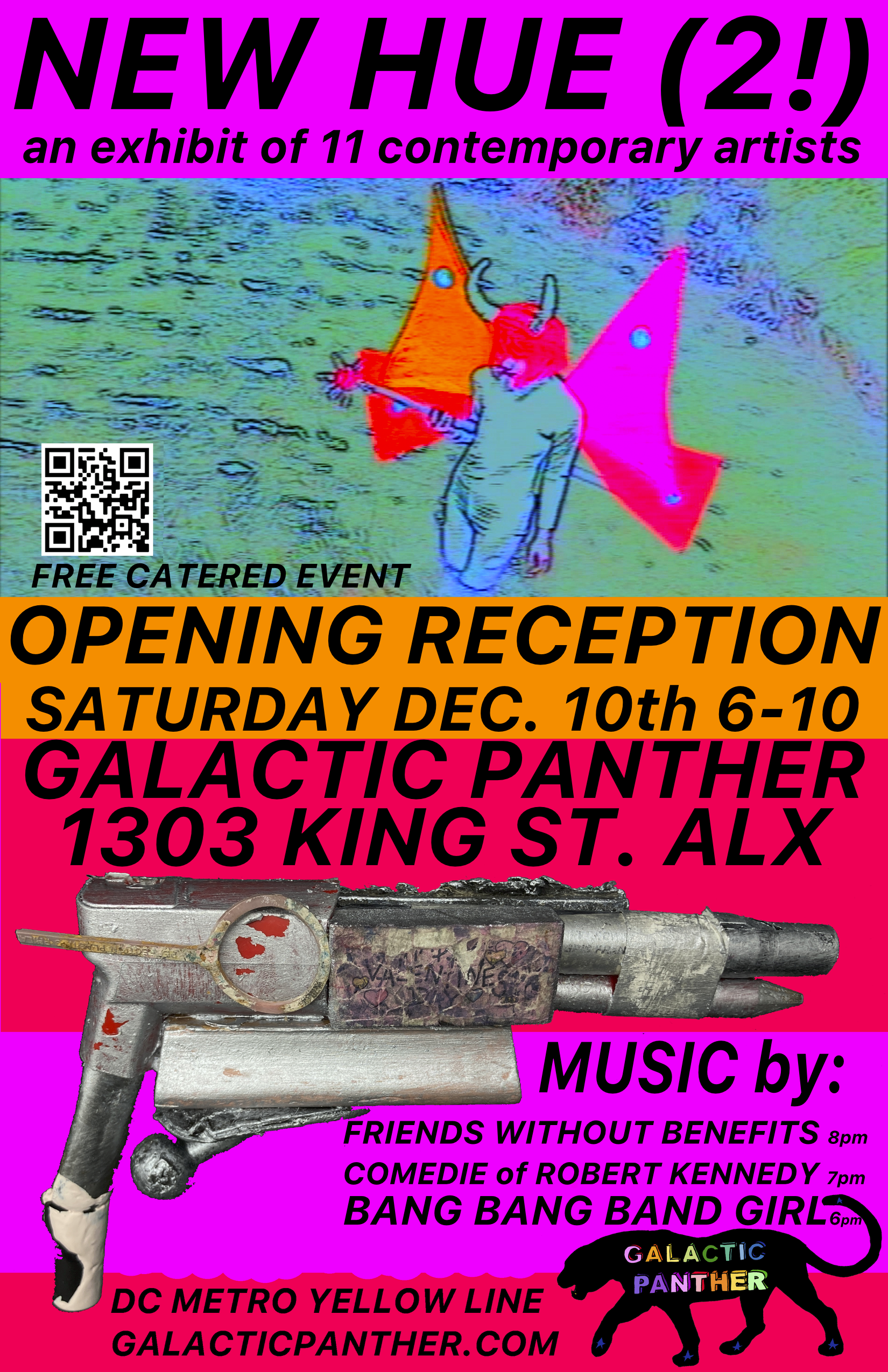 Saturday’s reception will feature live music by local favorites Friends Without Benefits, and touring acts The Comedie of Robert Kennedy which is an ambitious “Rock-n-Roll Journey through Hell, Paradise, & Purgatory” inspired by Dante’s Divine Comedy, and Bang Bang Band Girl, a Chilean-born powerhouse one-woman band joining us from the Netherlands. The Gallery will offer local catering.

This event is free and open to the public, but donations are appreciated. With over 50 local, national, and international contemporary visionary artists, this is a great opportunity to stop in and pick up a fun gift, have a snack, and of course, dance! In-store sales are available throughout the holidays, and visitors will have many gifts to explore such as scarves, jewelry, & ceramics.

Additional upcoming events at Galactic Panther include: “GATHER.DRINK.CREATE”, art workshops every Saturday and Sunday, as well as Comedy every Wednesday and Friday at 9 p.m.

From day one a portion of all sales from Galactic Panther has supported non-profits who offer food security for those in need.

GET YOUR TICKETS HERE >>

In December 2020, Eli Pollard (mostly) completed renovations on a space on the edge of ...